In Sāmoa, it is often said that “the most beautiful women are men.” (Paul Miles, Transgender in the Pacific – Fa’afafine, fakaleiti and mahu.)

As with all Polynesian countries, cross-dressing has been an important aspect of Sāmoan culture and is inseparable from their history. In 1789, during a stay on the island of Tahiti, then known as Otehetie, marine officer George Mortimer wrote in his journal of an encounter between one of his fellow sailors and a local girl at a night-time dance, whom he was “very much smitten with.” Upon inviting her to return to the ship with him after the performance had ended, the sailor was surprised to learn that “this supposed damsel, when stripped of her theatrical paraphernalia, a smart dapper lad.” (Observations and remarks made during a voyage. London 1791.)

Mortimer’s diary entry was one of the earliest Western references to the presence of a third gender in French Polynesia. For centuries, the cross-dressers in the Sāmoan islands have baffled and intrigued Western missionaries and colonial settlers. Even today, as tourists continue to visit the islands to watch the famous Polynesian dancers in their hotels or at nightclubs, western understanding of the gender-liminal individuals of the Sāmoan community is still limited. Western discourses have often mistakenly used equivalent terms in the English language to categorize these Sāmoan cross-dressers, incorrectly referring to them as gay, transvestite, transexual, or simply as “drag queens,” which members of the Sāmoa society state are a result of acculturation. On page 19 of Paradise Camp, Resitara Apa explains, “We are not drag queens, or female impersonators trying to impersonate somebody, no. We are who we are.”

Rupturing into this conversation surrounding Polynesian gender identity is Sāmoan-Japanese interdisciplinary artist Yuki Kihara, who identifies as Fa’afafine, Sāmoa’s third gender community, which translates to ‘in the manner of a woman.” Kihara’s perspective carries the same astuteness and matter-of-fact tone that Apa’s statement holds: with unflinching flair and humor, her photographs repurpose paintings by Paul Gauguin, created during his time in the islands of Tahiti and the Marquesas between 1891 and 1903. Taking issue with Gauguin’s Eurocentric depiction and exoticizing of Indigenous peoples, Kihara poignantly uses upcycling as a tactic to defiantly disrupt the colonial bias and its problematic gaze. By amplifying the distortions in Gauguin’s skewed illustration of Māhū, Paradise Camp cleverly satirizes the Orientalism purported by Western colonial powers and reinstates Indigenous queer histories from a counter perspective.

The book’s eighth chapter, eponymously titled Paradise Camp, presents the reader with twelve tableau photographs featuring a cast of Sāmoan Fa’afafine alongside Gauguin’s original paintings. The liminal “paradise” suggested in Gauguin’s landscapes and their murky backgrounds get transported in Kihara’s vision, onto locations that actually show the flora and fauna of the land.

In her take on the painting Ta Matete, titled Genesis 9:16 (After Gauguin), a group of models is seated across a bench in the manicured gardens of a local resort wearing traditional textiles. Significantly, the group is assembled so that their colorful outfits are in the order of the rainbow; a deliberate staging that nods to Kihara’s title choice for the photograph, a biblical passage from Genesis that describes the rainbow as “the symbol of the sacred covenant between the divine and all living things on earth” (page 27). By supplying this context, the rainbow in the photograph becomes more than simply alluding to the gay pride movement and Western rainbow pride, as it takes on this new meaning as the symbol for the portal between the mortal and divine world, which pertinently speaks to the condition of the Sāmoan population living on an archipelago.

Read the article in full here on Musée Magazine’s website. 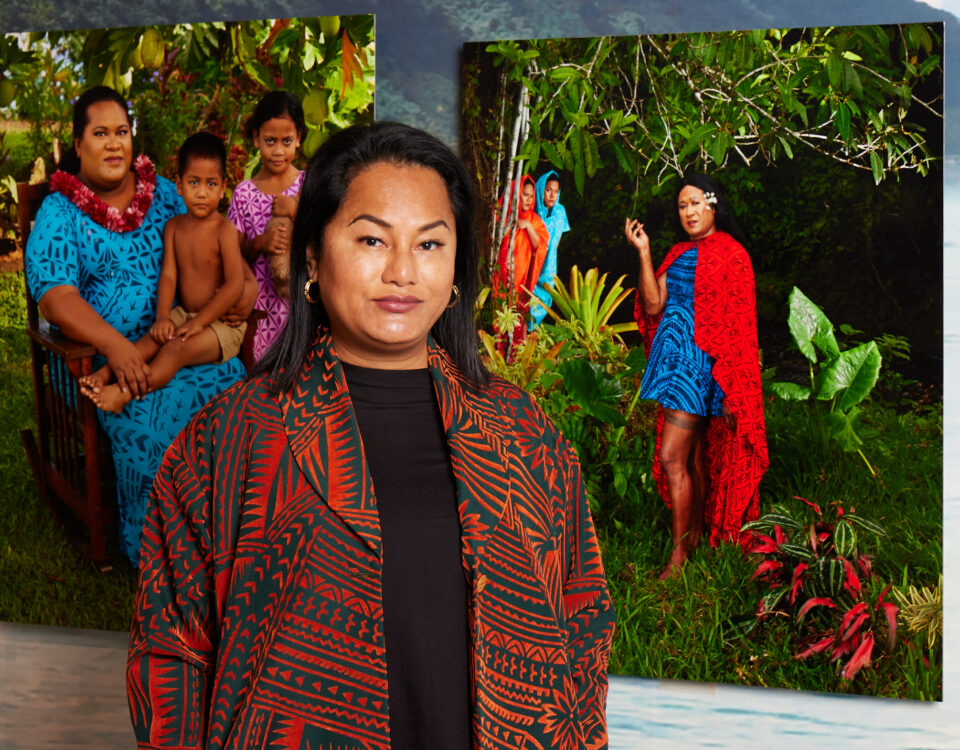 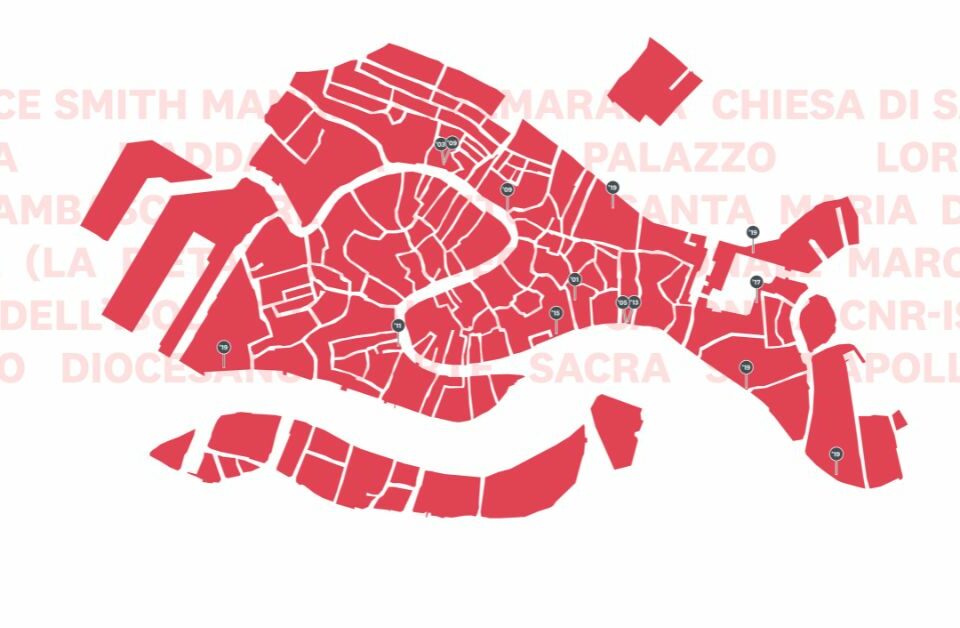 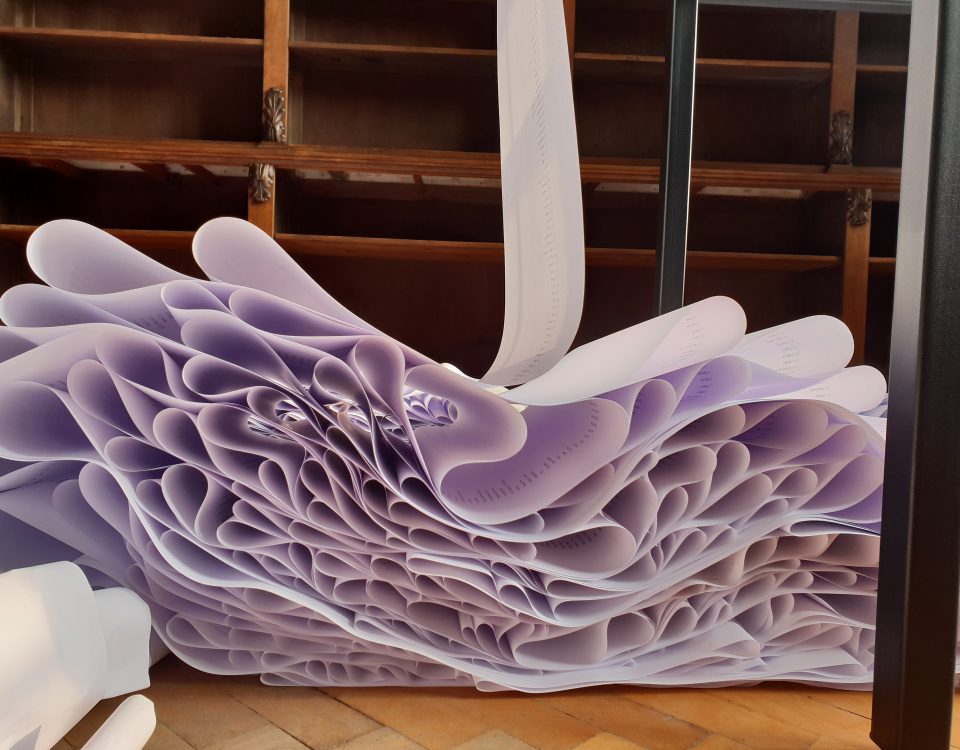