To ensure the survival of their species, the dominant male of a school of Tu’u’u-lumane, or the pink skunk clownfish, will change their sex to female. For Yuki Kihara, this phenomenon of the fish’s kinship system debunks the assumptions of heteronormativity in Charles Darwin’s 19th-century theory of evolution.

Like the Tu’u’u-lumane native to the Pacific’s coral reefs, Samoans have long perceived and interacted with the world beyond heterosexual binaries, with four culturally recognized genders: fafine (woman), tane (man), fa‘afafine (in the manner of a woman), and fa‘afatama (in the manner of a man), each with a specific familial and communal role. Yet colonial powers, including New Zealand, which controlled the islands from 1914 to 1962, in their effort to shape the culture according to Christian-European values, implemented legislation that criminalizes self-expression and homosexuality. These laws and views continue to impact Samoan society today. 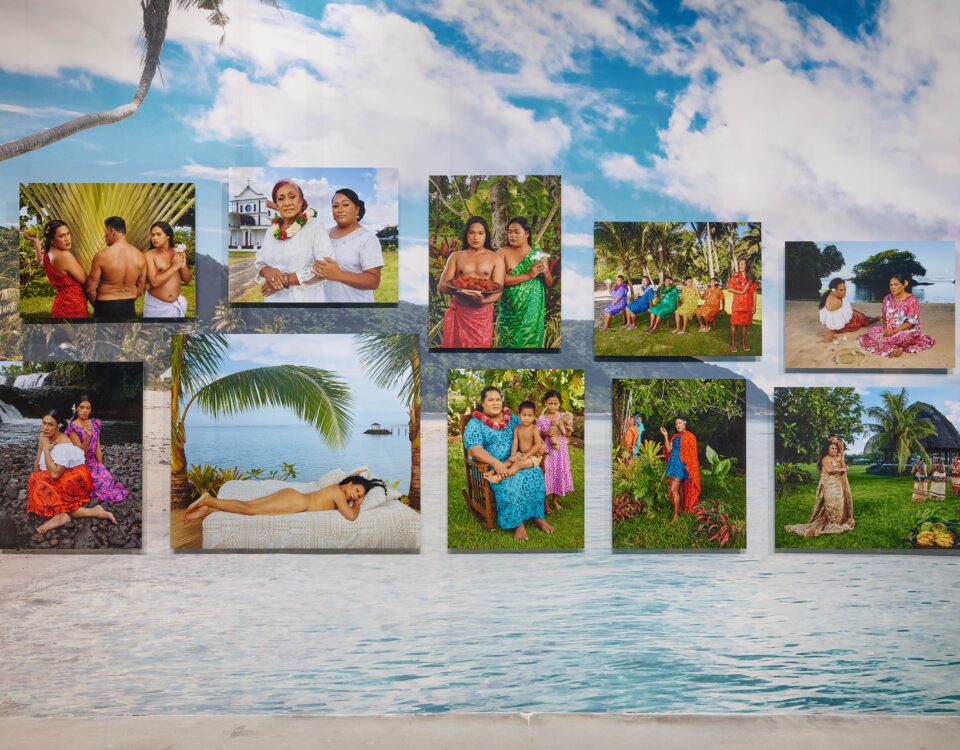