Claire Chamberlain, one of our Exhibition Attendants for Lisa Reihana: Emissaries blogs (below) about her experience with visitors in the final weeks of the Biennale.

Our pavilion in the Tese dell’Isolotto was packed to the gunwales in the closing month that I was on deck, with visitors crowding in to see Lisa Reihana: Emissaries.

I was privileged to support the project as both one of the patrons of New Zealand at Venice in 2017 and as the last of six exhibition attendants. This meant that I was present for the opening of Lisa Reihana: Emissaries at the 57th Biennale di Venezia as well as for the final day of the exhibition. Over the course of its seven month duration, we hosted visitors who had travelled from every point of the compass for the experience. 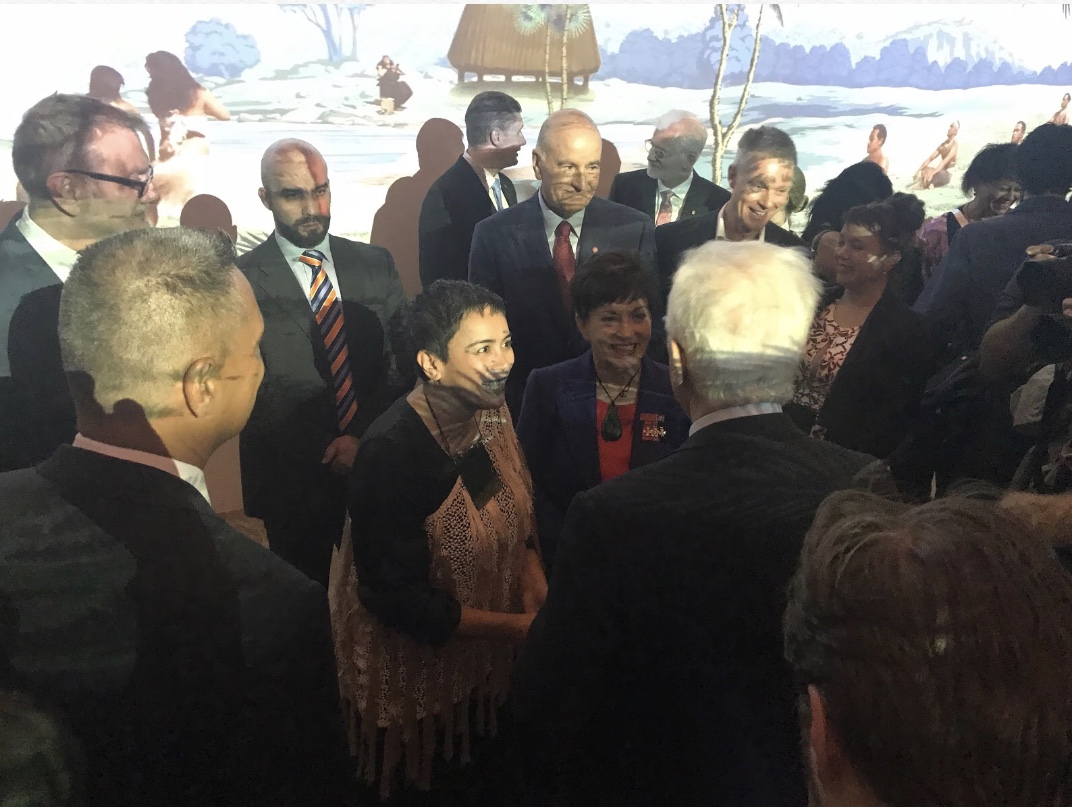 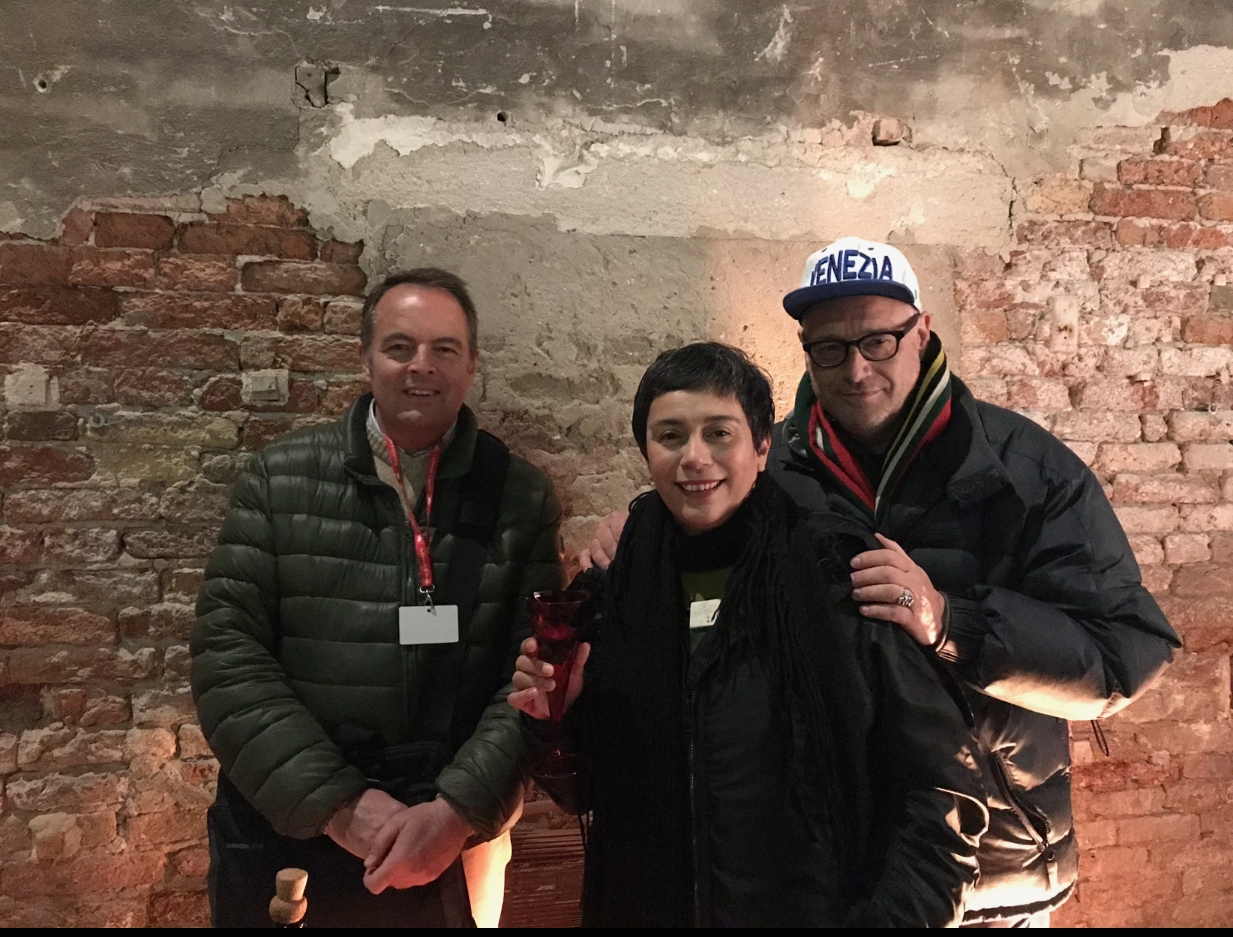 It sounds a bit kiwi-abroad-they-really-like-us-here, but Lisa Reihana: Emissaries has been a hit. It was a common occurrence to witness one member of a group work as a scout and come in to see what New Zealand was presenting – and then rush out to get the rest of their party once they had sighted the lush Pacific panorama in Pursuit of Venus [infected], 2015–17, scrolling before them. 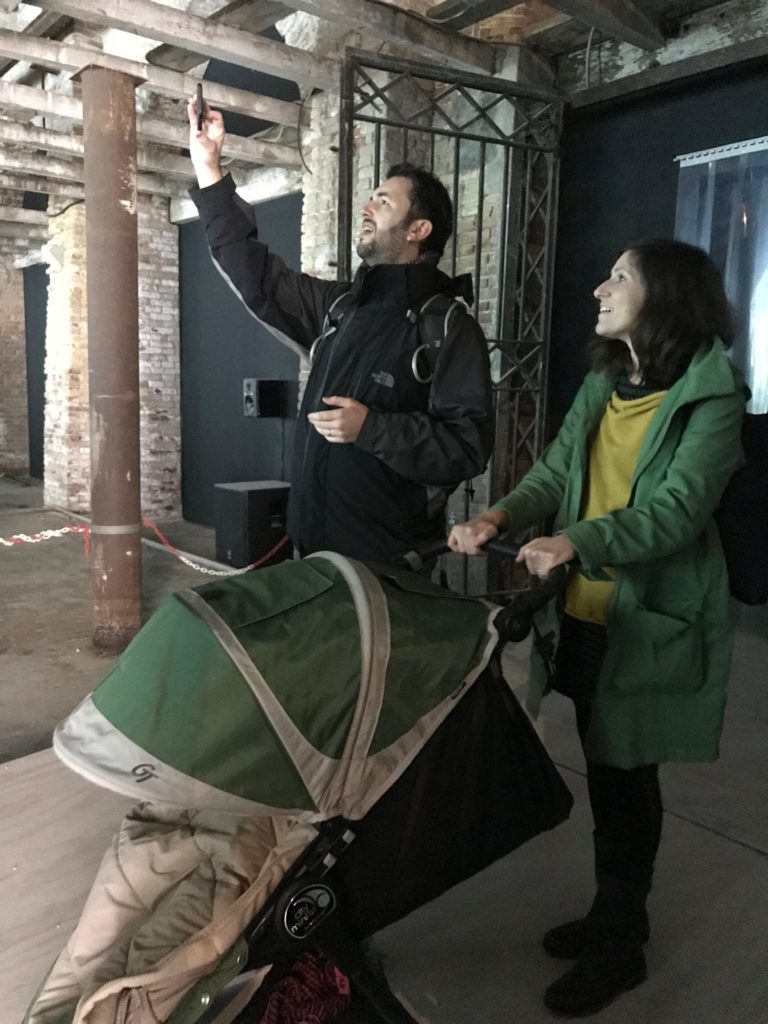 A family enter Tese Dell’Isolotto from the neighbouring Latvian Pavilion and are enthralled by in Pursuit of Venus [infected].  Photo: Claire Chamberlain

Questions that were raised in 2015 about Lisa’s selection as the representative artist for 2017 with in Pursuit of Venus [infected] as the feature work have, I believe, been proved misplaced. It was suggested that the epic digital mural was too familiar or too easy, or that Biennale-goers in Europe would just not understand our post-colonial politics. Not only did they get the politics, but those politics have been affected by events beyond our shores in 2017. In my view, the Brexiteers’ politics of national isolation and Trump’s support of ‘very fine people’ have meant that Lisa’s work has been seen as a life buoy against the swell of cultural insularity.

“Superb – insightful, critical, reflective, stimulating and thought provoking work. It brilliantly deconstructs storytelling about history. The story that became history, in the form of wallpaper, 2nd and 3rd hand tellings, hearsay and myth is problematized as well as being brought vividly to life. And what is more, told in a scale that is panoramic, epic, but intimate – a lot of depth with a light touch. Innocence with an undertone of peril.”

It was the third experience of in Pursuit of Venus [infected] for renowned British author and screenwriter, Anthony Horowitz. He had written about the panoramic video in 2015 after being wowed in Auckland and later praised Lisa Reihana: Emissaries for The Telegraph. He reiterated in our visitor’s book and on Twitter: “this is a work of such genius.” 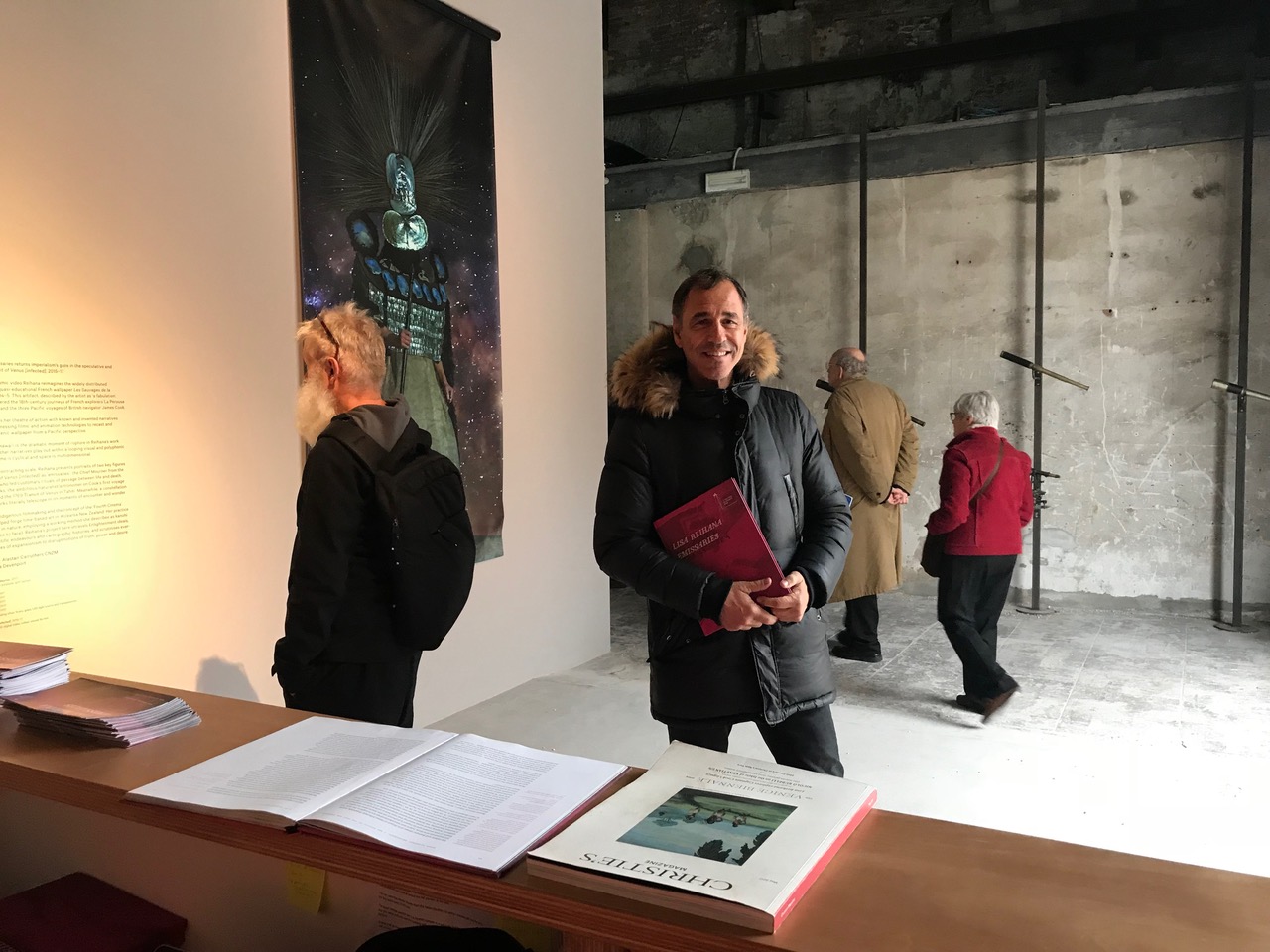 “You won. One of the best installations at the Biennale, maybe the best. A masterful tapestry. Congratulations (I’m moving to New Zealand).”

It was typical of the many remarks that visitors have offered. 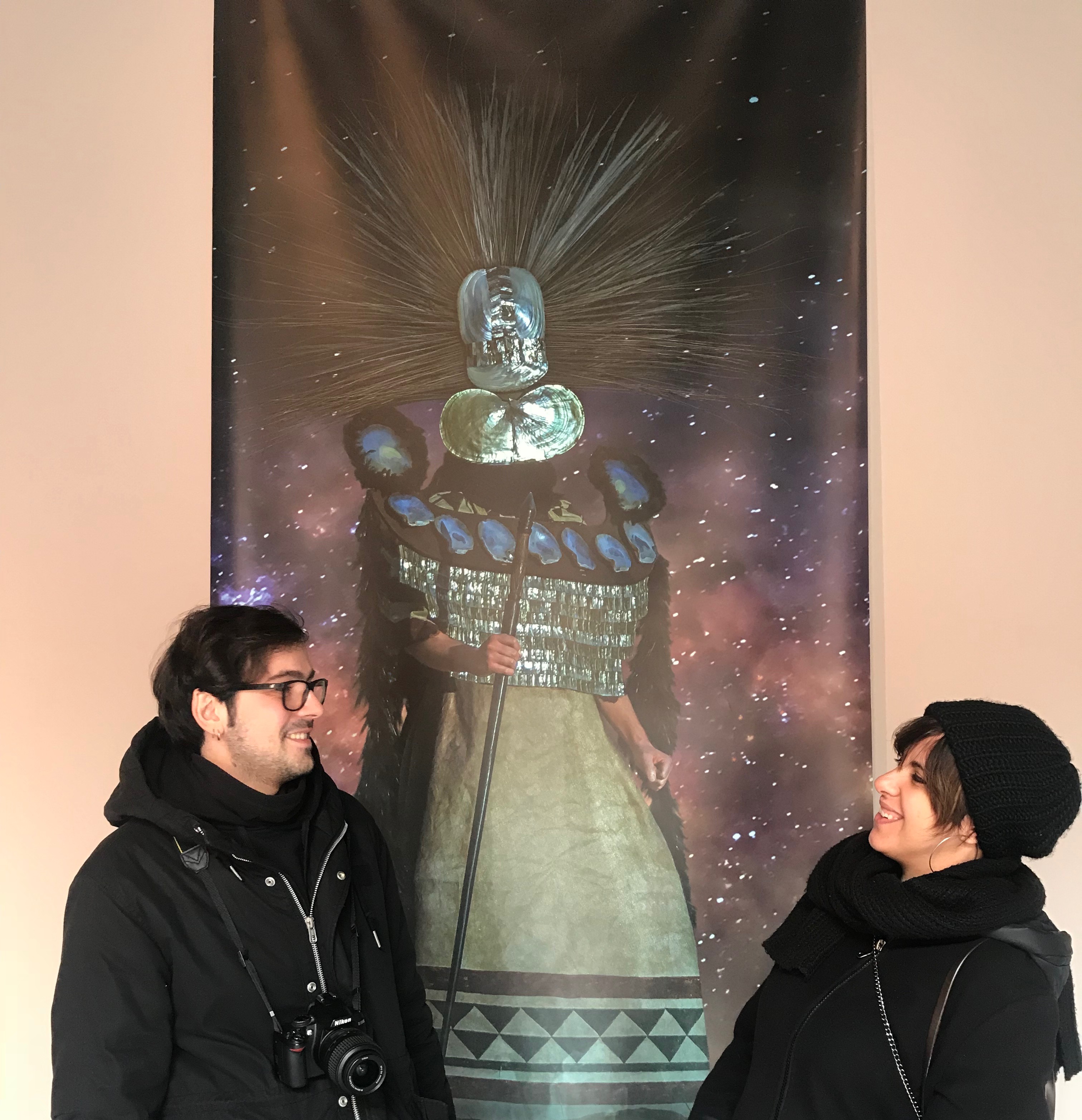 These comments show the powerful association between the presenting artist, the country they’re representing and how important it is to participate in this, the ‘Olympics’ of global art biennale. The value of participation here is inestimable.

There are obviously positive spin-offs for the artist in terms of their profile, but success at the Biennale is important for all those associated with our pavilion, and, well… for New Zealand. It sounds simplistic, but for the tens of thousands who have visited Lisa Reihana: Emissaries, they have learned that we are far more than a nation of sheep, ovoid balls and fast boats.

Those who have navigated their way to our Isolotto (island) and Lisa Reihana: Emissaries felt they’d found treasure. 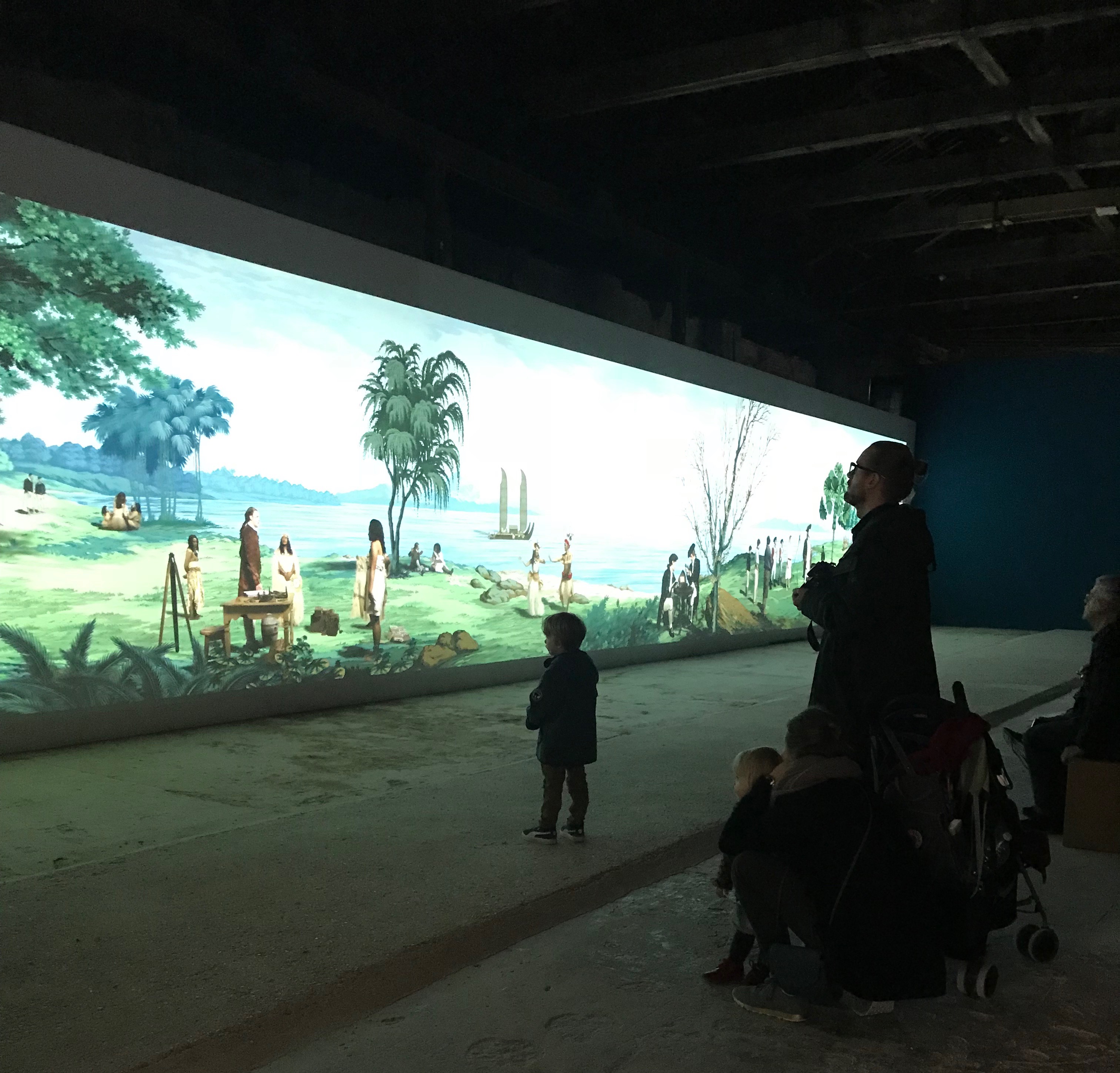 Children were drawn to the panoramic video. Photo: Claire Chamberlain 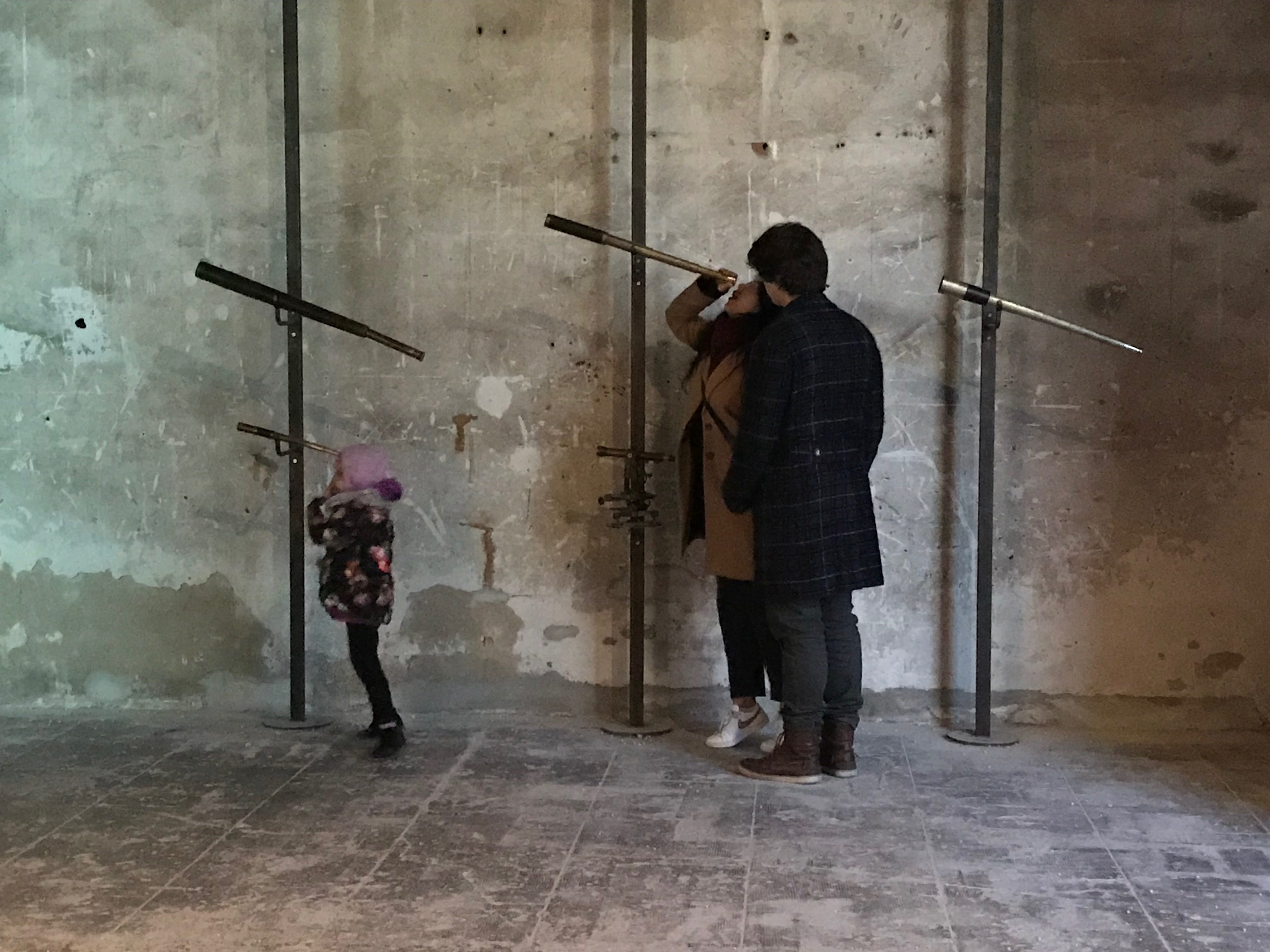 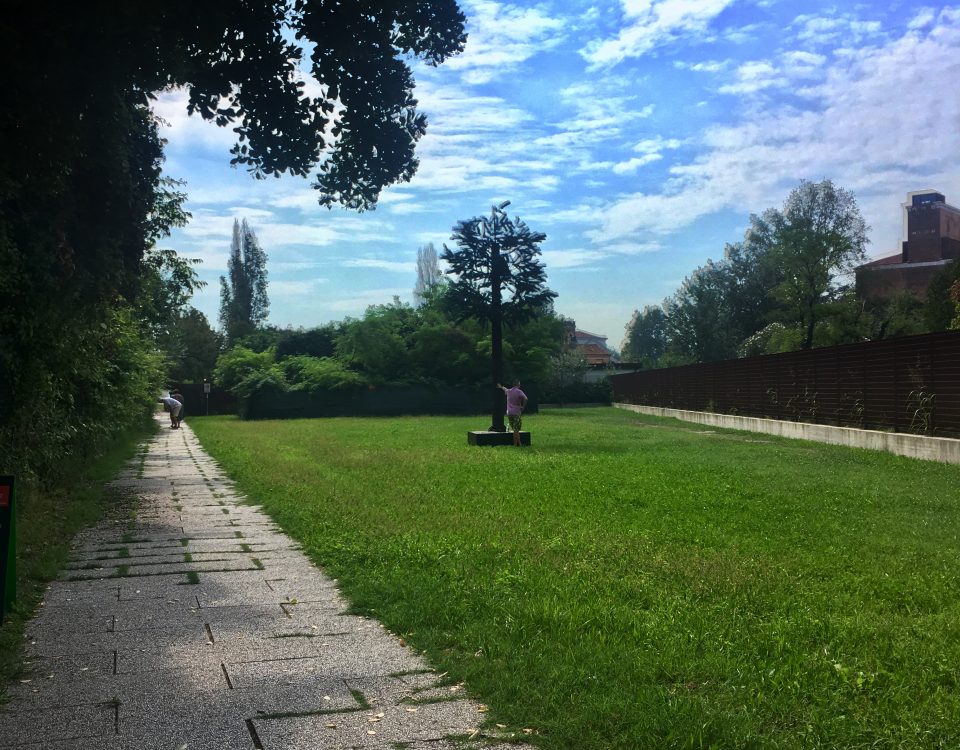 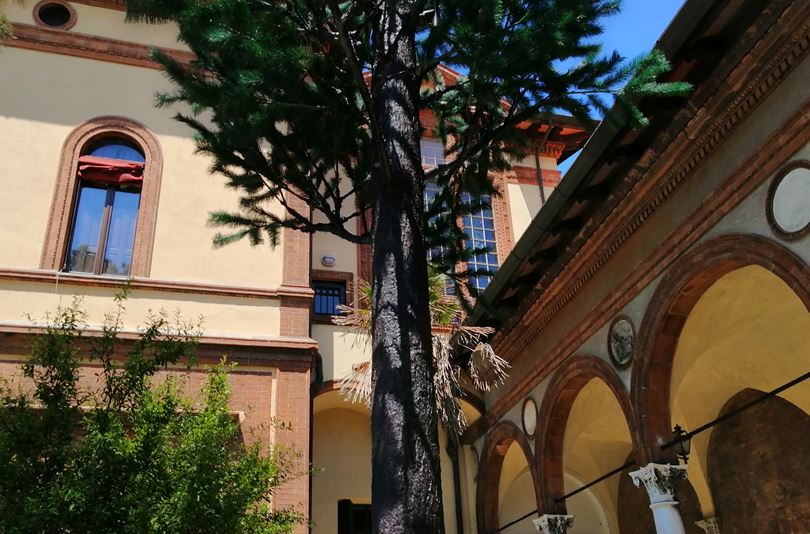