About Paradise Camp by Yuki Kihara: The Exhibit 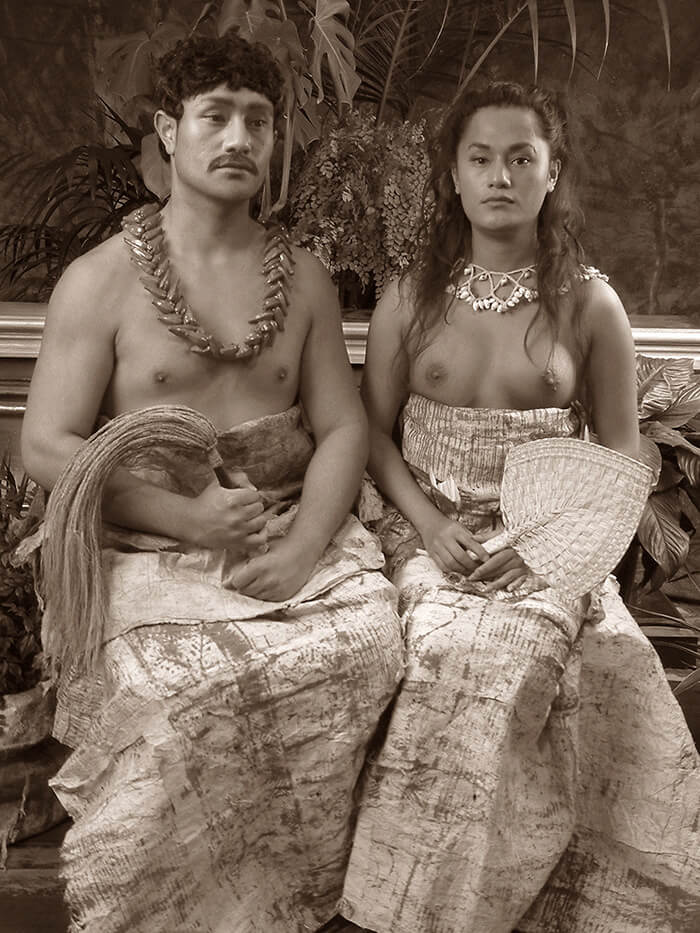 With a growing reputation for work that is engaging, visually striking and topical, Yuki Kihara’s Paradise Camp speaks to the shared histories between New Zealand and the Pacific, and provides a relevant and timely intersection with global concerns such as decolonization, small island ecologies, intersectionality, queer rights and climate change.

The exhibition concept was first inspired by an essay by Ngahuia Te Awekotuku presented at the Paul Gauguin Symposium held at the Auckland Art Gallery in 1992, and was further developed after Kihara viewed Gauguin paintings at the Metropolitan Museum of Art, New York on the occasion of her solo exhibition at the MET in 2008.

By reflecting on pertinent local and global issues of our times, through the unique lens of Fa’afafine, Kihara draws on the untold histories of her own community of Faʻafafine in Sāmoa and highlights New Zealand’s historical and ongoing social, political and cultural engagement with the Pacific.

“Paradise Camp is an ensemble exhibition conceived for the Biennale Arte 2022. Kihara narrates stories of invasion and prejudice and in so doing takes the tempo of our times by unravelling colonial histories linked with gender politics and environmental concerns.” 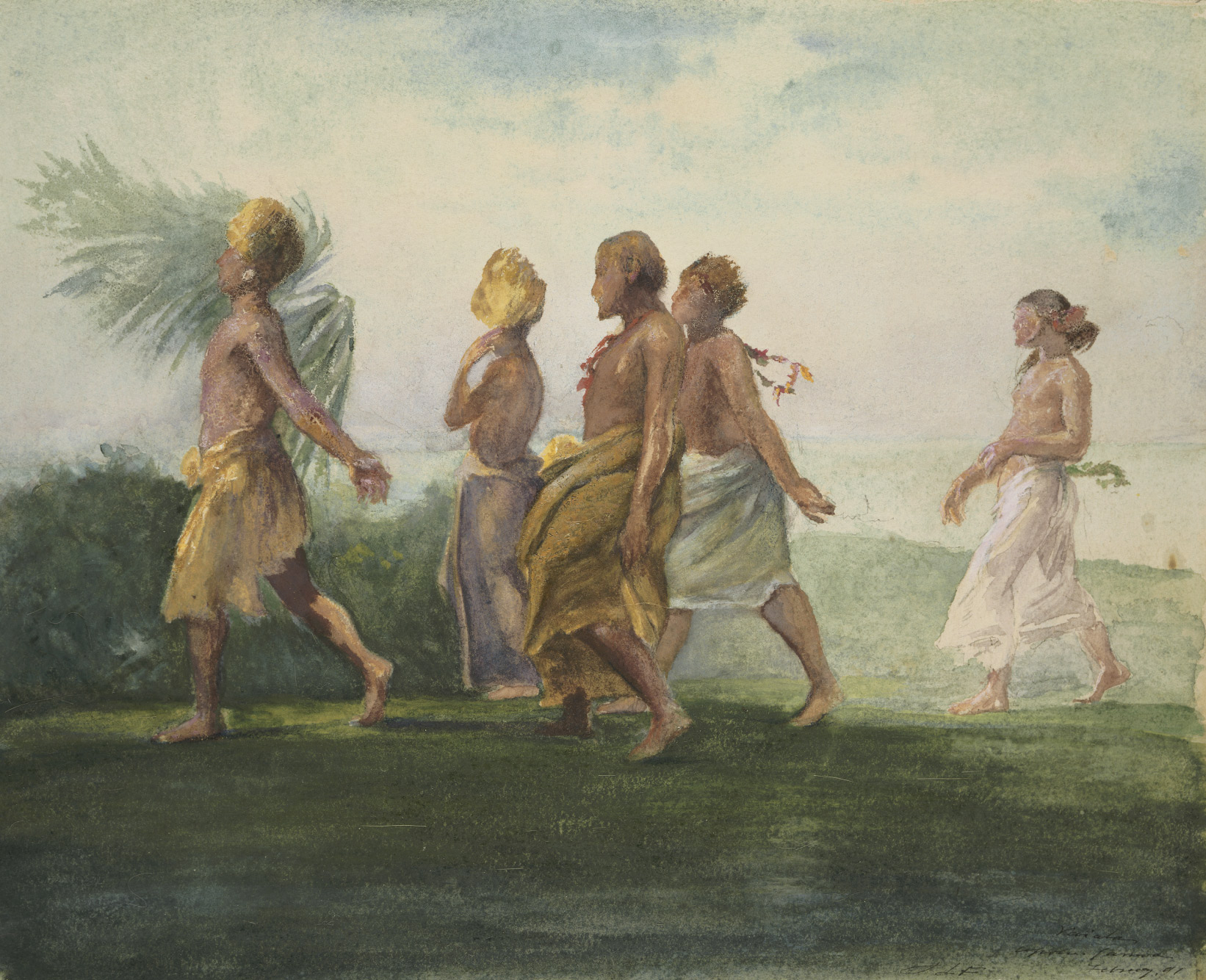 From the Paradise Camp Archive

Among the first tourists to cruise the South Pacific was the American painter John La Farge. Journeying to Samoa and Tahiti 1890-91, he produced a watercolour sketch of a group of Fa'afafine described by Dan Taulapapa McMullin in Samoan Queer Lives as ‘...none of the 'chiefesses' seem to have women's breasts, and all the chiefs seem to walk with a certain exaggerated grace.’

Chantal Spitz, Tahitian author who has written a range of poems, essays and novels and is a founding member of the Tahitian literary magazine Littéramā‘ohi

Despite the failed attempt among fundamentalists in Sāmoa

to force fa‘afafine to dress as men in church

Fa‘afafine do always dress as ladies in the choir

as businesswomen at work

as Miss at the chalkboard

as Mom at the shop

as Aunty at home

ADD TO THE CALENDAR

Exciting to see Yuki Kihara’s ‘Paradise Camp’ featured on the latest cover of Museums Journal. Yuki will exhibit ‘Paul Gauguin – Why are you angry?’ at Alte Nationalgalerie, Berlin, Germany, in March 2022. ‘Paradise Camp’ is curated by Natalie King and will be exhibited in the New Zealand pavilion at the 59th International Art Exhibition – La Biennale di Venezia (Biennale Arte 2022). ... See MoreSee Less

View Article
#FaafafineFriday | When the first Fa‘afafine beauty pageant took place, it was still illegal to impersonate females in public, circa the 1980s. This law meant Fa‘afafine could be fined or imprisoned. It wasn’t until 2013 that this Crimes Act was removed. These beauty pageants continue to take place, empowering Fa‘afafine and addressing their experiences of injustices. In ‘Paradise Camp’, Yuki worked closely with Fa’afafine to produce a new body of work that investigates a range of critical issues that impacts her community.🌺 Fa’afafine is Sāmoa’s ʻthird gender’, also known as ‘in the manner of a woman’ 🌺 ... See MoreSee Less

View Article
“Part of my role is to take care of artists but also bring their ideas to life.”In this interview with The Art Hunter, ‘Paradise Camp’ curator Natalie King talks about her extraordinary career in the arts, her inspiration, her work with Yuki Kihara and more. Watch the full video below to learn more about Natalie. ... See MoreSee Less